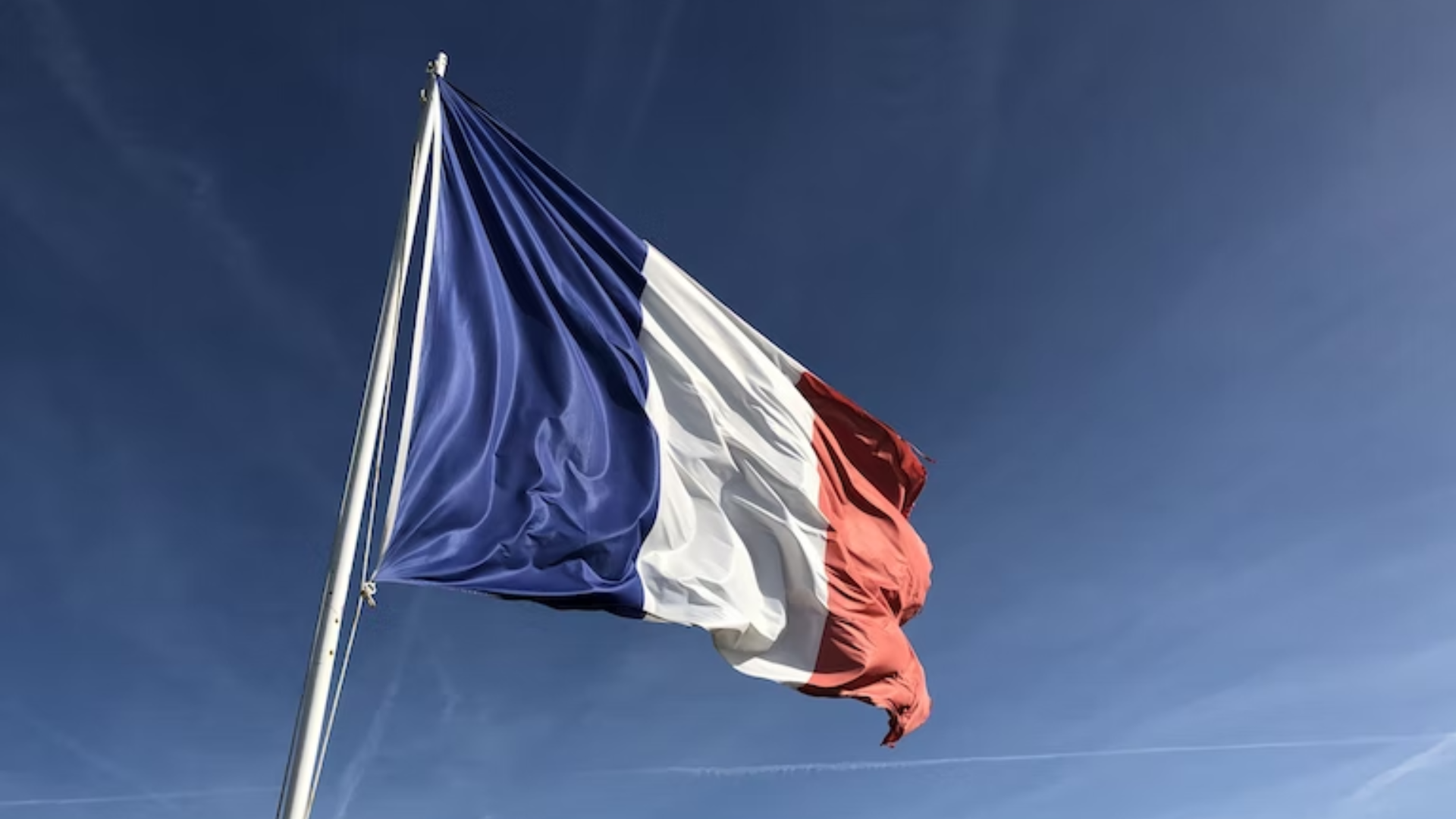 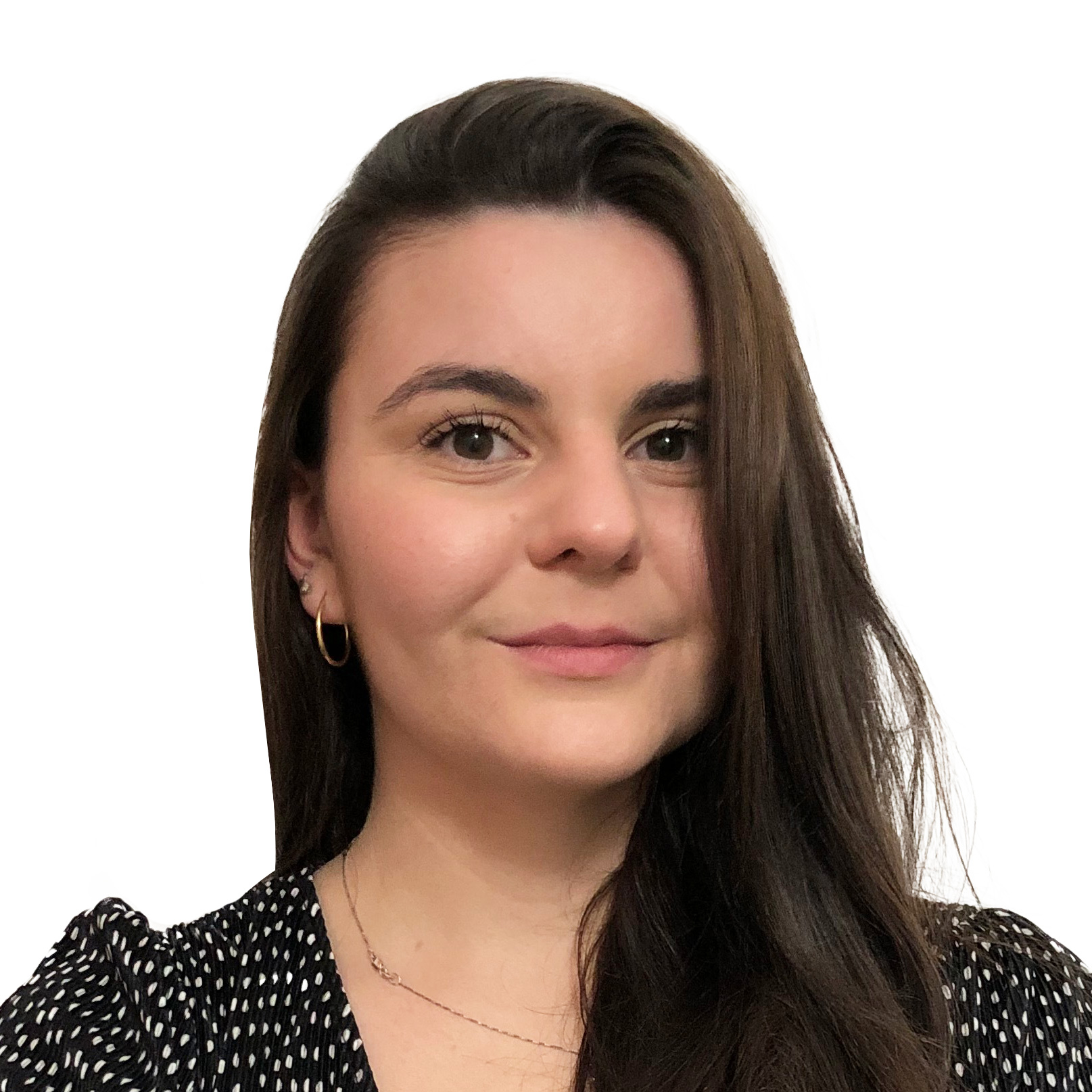 Redazione
eCommerce in the world

All the numbers of eCommerce in France

When in Rome, what country you go to, eCommerce you find, we said in the last installment of our column dedicated to the online market in major European economies.

In this second installment we will focus on what is perhaps one of the most active and innovative countries in eCommerce, so much so that it has also been mentioned several times in our pieces because of the investments of several brands, such as Vinted and AliExpress, in sustainable delivery. We are talking about France.

So let’s analyze the French eCommerce market together.

The French are among the most active in Europe online

A first very interesting piece of data concerns the number of French Internet users that in 2021 reached the threshold of 95%, thus placing France among the European countries with the highest number of users connected on the Net (in the overall ranking led by Northern European countries it is in 11th place. To be clear, Italy is in 33rd place with a percentage of 82 percent).

Consequently, it is easy to imagine that the number of eShoppers will also be among the highest in Europe: 84 percent in 2022, up 2 percent from 2021 and even 8 percent from five years ago with a 4 percent jump recorded between 2020 and 2021 alone.

As mentioned, the French are very active online, so much so that 66% of eShoppers buy products online on average more than three times a month (more precisely, 35% between 3 and 5 times, while 31% more than six times). Only 34% of users limit themselves to one or two monthly purchases.

80% of French eShoppers choose to shop online “kilometer zero,” so to speak, thus opting for domestic online stores. Only 37 percent buy from European sites and 31 percent from non-European virtual shops.

Obstacles to the development of eCommerce

As much as the French turn out to be among the most vibrant online, there is one fact, however, that is very surprising: more than half of consumers, 55 percent to be precise, still say they prefer traditional shopping, that is, at physical stores, so they can see and try products directly. A limitation that perhaps only new and more innovative technologies, such as augmented reality, will allow to overcome.

Another interesting limitation for French users to buy online is confidence in the security of online credit card payments, which still represent a risk factor for 24% of consumers, as well as an issue on which there is certainly still a lot of work to be done.

In addition, 16 percent of French consumers say they are skeptical of the waiting time to receive an order placed online and also of the costs involved in delivery (8 percent for each of the two options, respectively).

4. One in 10 consumers do not feel they have the necessary skills

Finally, perhaps the most surprising figure concerns the number of users who say they do not have the necessary skills to be able to place an order via eCommerce, amounting to 10% of the total number of users. A figure that certainly boggles the mind considering, as we mentioned earlier, that Internet-connected users in France are as high as 95%, one of the highest percentages in Europe. So, being online does not necessarily mean being aware of the opportunities it offers and having all the skills to automatically be potential eShoppers as well.

5. Sustainability is a big challenge for the future

“There is a great expectation from consumers about a more sustainable code of conduct from companies that sell online,” said Marc Lolivier, Executive Director of Fevad (Fédération eCommerce et vente à distance). Any kind of economic activity has an impact on the planet, but reducing it requires action from both companies and consumers.” A major challenge for French eCommerce-and beyond-is therefore unquestionably that of reducing the polluting emissions associated with the transport of orders placed online. A challenge that is counted on to be met in several ways: first, investment by companies. Second, consumer awareness including through increased use of more sustainable order delivery methods, such as Locker and Pickup Points. And several international marketplaces are investing in this very direction in the French market.

As mentioned earlier, Vinted, the platform created to exchange second-hand items, recently launched just in the Paris area the Vinted Go service to offer a pick-up drop-off solution with its own network of Lockers. AliExpress, on the other hand, has announced that it will expand its pick-up service at Lockers throughout Europe by finalizing some strategic partnerships also in France with Relais Colis and Mondial Relay. In fact, according to AliExpress reports, on average, daily Locker usage by French shoppers has tripled since the integration of automated lockers. An obviously positive symptom that transalpine eShoppers are absolutely responsive to such stimuli.

If you are an eCommerce manager and want to find out how to integrate thousands of already active Pickup Points and Lockers throughout the country to your sales channel, so you can offer your customers a unique and personalized shopping experience, contact us! GEL Proximity, the first aggregator of Pickup Points, has the solution for you.

Keep following the GEL Proximity blog, in the coming weeks we will analyze all the eCommerce data in other European countries as well. Stay tuned… 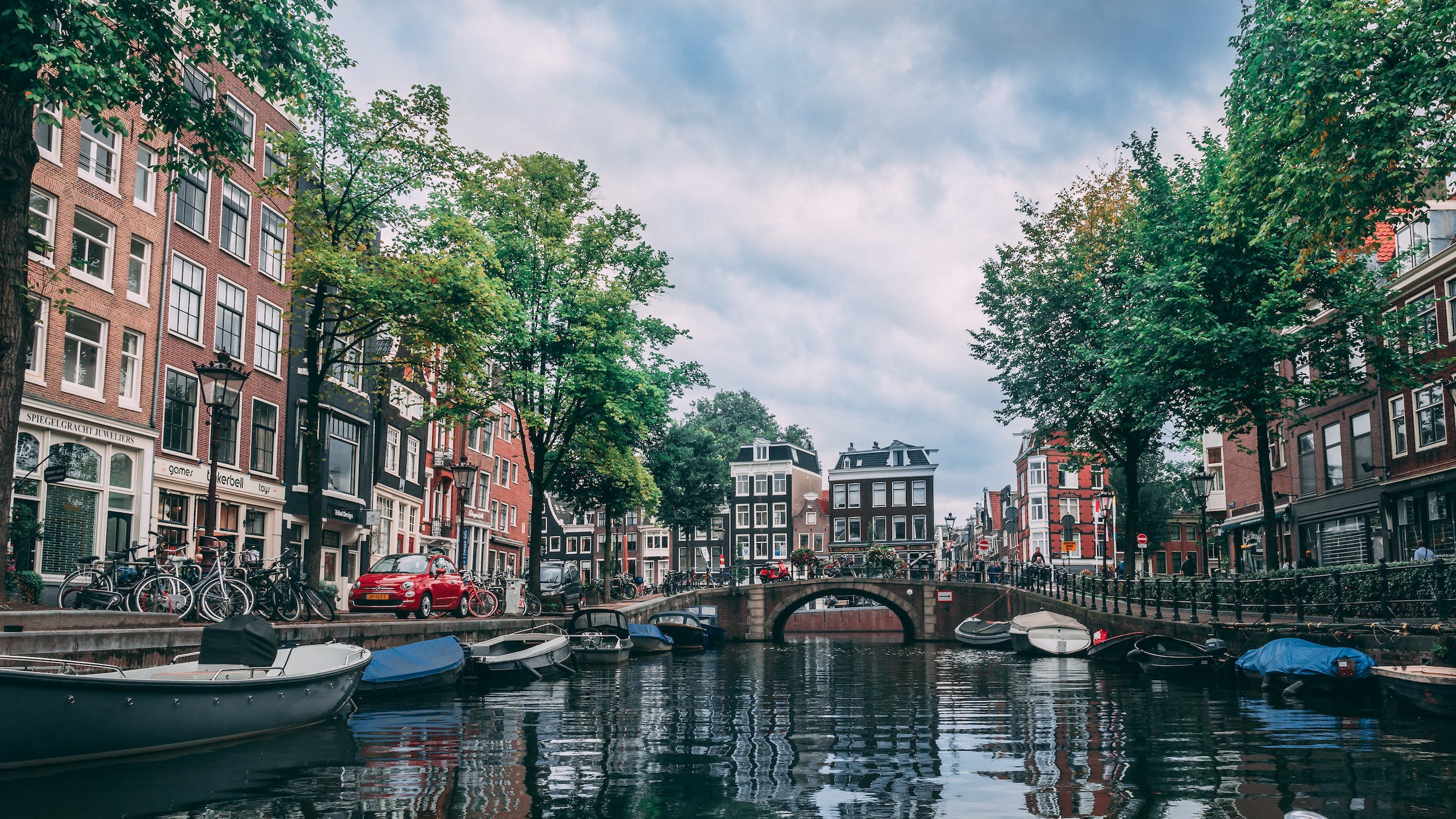 eCommerce in the world

Netherlands: the country with the most e-Shoppers in Europe. Here are all the numbers and trends

In 2022, 75 percent of Internet users in Europe made online purchases of products or services. Particularly striking, however, are the figures for the Netherlands, which turns out to be the country with the highest number of e-Shoppers in Europe with a percentage of 95 percent,
Read more 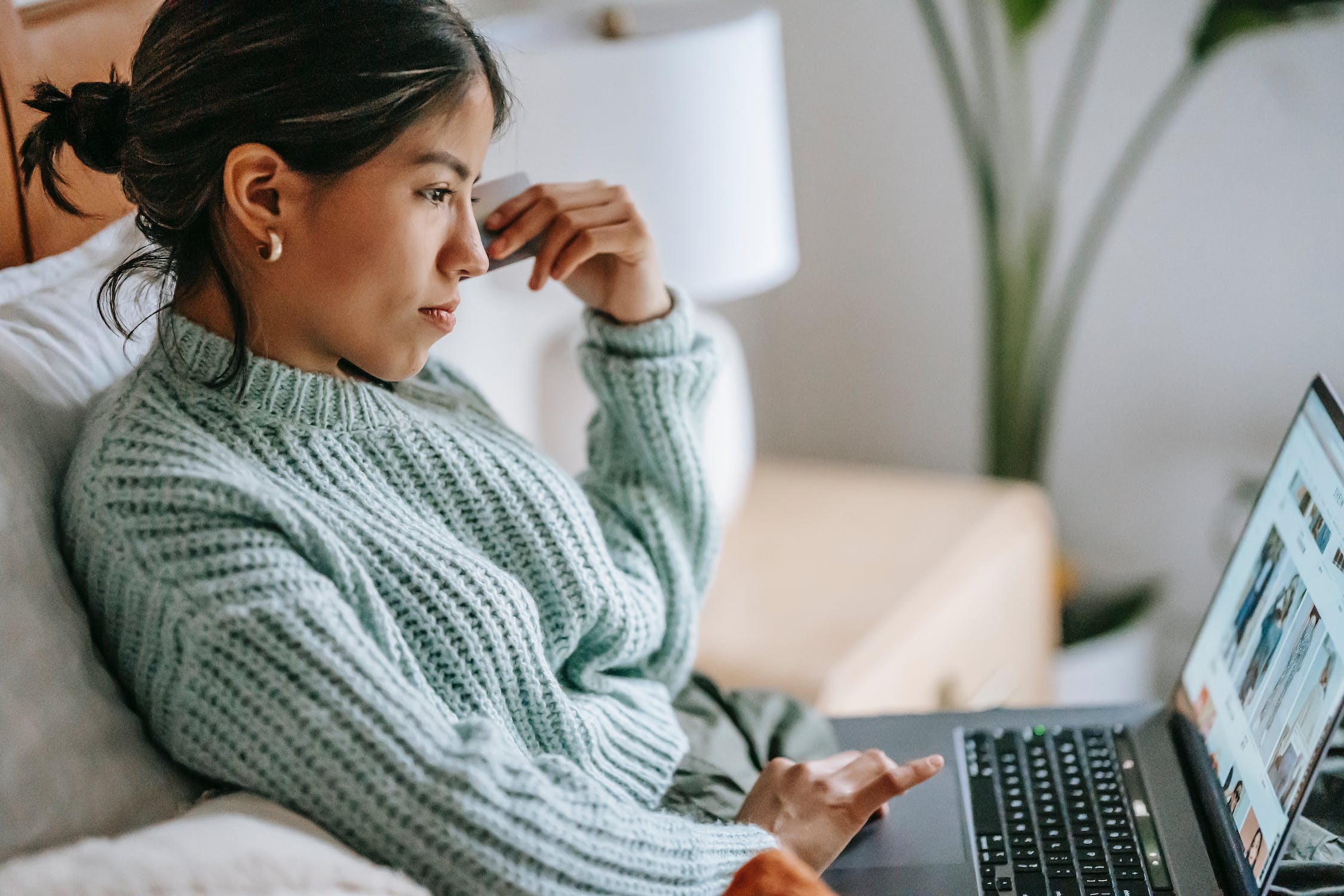 All crazy for eCommerce: here's how many eShoppers there are in Italy

Numbers and trends in the online sports equipment market

Between January and March 2023, 58% of Italians plan to devote some vacation time to themselves, and as many as 38% will choose the mountains as their vacation destination. Here we analyze the market for online sales of sportswear and winter sports equipment-related products.
Read more

Integrate over 45,000 Pickup Points in just a few clicks and get ready to manage new logistics solutions. You can connect GEL Proximity using our dedicated libraries and APIs or by downloading the module from your eCommerce software’s marketplace.